Welcome to the GREGOR project and archive @ AIP 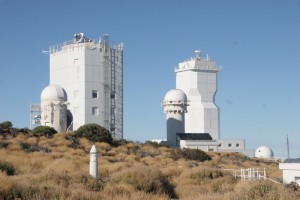 GREGOR is Europe’s largest solar telescope, located on a 2300-meter-high mountain ridge at Izaña on the Canary Island of Tenerife. The telescope was developed and built under the leadership of the Kiepenheuer Institute for Solar Physics (KIS) in Freiburg with the Leibniz Institute for Astrophysics Potsdam (AIP), the Institute for Astrophysics Göttingen (IAG), and the Max Planck Institute for Solar System Research (MPS) in Göttingen as domestic partners and with the Instituto de Astrofísica de Canarias (IAC) and the Astronomical Institute of the Academy of Sciences (AIAS) of the Czech Republic as international partners. The telescope was inaugurated on 2012 May 21 and has started in early 2014 its »early science« phase with access restricted to the GREGOR partners. In the future, GREGOR access will be granted as part of the SOLARNET access program. 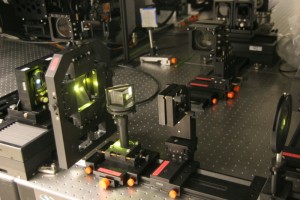 (GFPI) traces its roots back to the Göttingen Fabry-Pérot Interferometer, which was developed and build by IAG. Nowadays, the GFPI is operated by AIP. This first-light instrument is an imaging spectropolarimeter for high-resolution photospheric and chromospheric observations in the wavelength range 530–870 nm. In addition, its  Blue Imaging Channel (BIC) can be used with a variety of interference filters and several facility CCD cameras (pco.4000 and pco.sensicam) for high-cadence imaging and subsequent image restoration in the blue wavelength region 390–530 nm. In 2016, BIC was replaced with the High-Resolution Fast Imager (HiFI). Dichroic beamsplitters also enable simultaneous observations with the Grating Infrared Spectrograph (GRIS) in the near-infrared 1-2.5 µm, which was designed and build by IAC.

All GFPI, BIC, and HiFI data arebe made accessible on this website, initially only for GREGOR partners but in the future also for the general public. Various processing levels will be offered (raw, quick-look, and processed) because data analysis methods can differ significantly depending on the observed solar feature and the intended science case. The GREGOR archive at AIP is a collaborative effort of the R&D Section »Supercomputing and E-Science« and the Research Group »Optical Solar Physics«.